These are herbs that can help to  Dream

Herbs that can help to dream and expand consciousness. One this planet since ancient time herbs has been used for medical treatments and healing. We still use them for tea.  For thousands of years, Ayurveda medicine used herbs to cure disease and more and more people rely on this natural medicine again. Here are some herbs which can help stressed people to have better dreams, these plants have been used by shamans as well. Like the African Dream Root for example. The root is the portion of the plant that is used to induce dreams. Read about 7 of them below.

You also may like USING MUGWORT FOR LUCID DREAMS

Silene Capensis, or Xhosa Dream root is most associated with the Xhosa people of South Africa who are knows to ingest this herb to induce vivid and prophetic dreams.  This herb is often used by the Xhosa in the initiation rites of shamans and is believed to open up pathways of communication to ones ancestors. It is believed that the ancestors are most likely to communicate in the dream state.  The root is ground into a powder which is mixed with water and drunk in the morning on an empty stomach.  The effects are apparently slow to be induced and will take effect by the nighttime.  According to entheology.com, “The effects of S. capensis usually manifest during sleep as prophetic lucid dream states that are rich with significance.  Individuals do not usually perceive any effects in the waking state, although one individual did report perceiving wavy lines of light in the air about twenty minutes after consuming the root.  The dream state is often compared to going under water by the Xhosa.  Interestingly enough, it is said that the plant has no effects on individuals who are not meant to be diviners.

2- Celastrus Paniculatus – The Elixir of Life

This amazing herb is not only known to promote the incidence of lucid dreaming and dream recollection for those who take it, but has often been called the ‘intellect tree’ because of its long history of use in ayurvedic medicine as an herb to help with mental focus, longevity, and memory.  Users have reported that by adding 10-15 Celastrus paniculatus seeds into their daily regimen, they notice a marked improvement in cognitive function, ability to focus, and sharpness.

Blue Lotus was among the most sacred of plants to ancient Egyptins. It grew throughout Egypt where its consciousness-enhancing properties were well known and taken advantage of.  The Blue Lotus was associated with the origins of life and the divine perspective.  According to iamshaman.com the plant was used in Egypt to stimulate the sex drive and, “Egyptian medicinal practitioners also used this flower to stimulate blood flow, and as an anti-aging treatment.  The ancients worshipped Blue Lotus as a visionary plant and it was the symol for the origins of life.  When this flower was soaked in water or wine, and then ingested it acted as an intoxicant.”  Considered very sacred, the Blue Lotus was used to reach euphoric states of visionary consciousness. 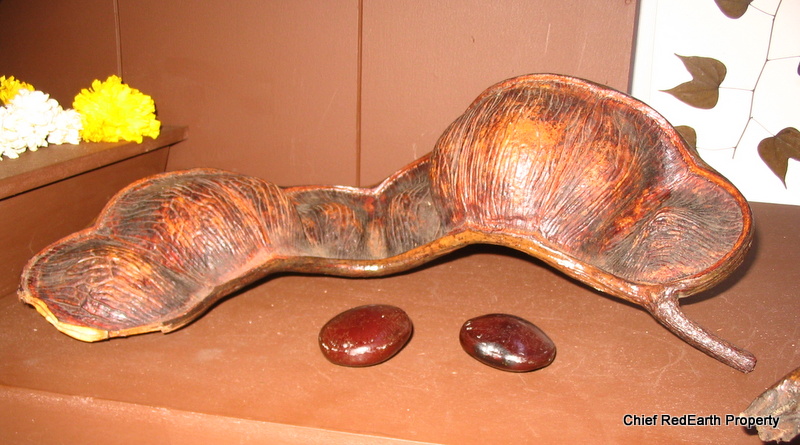 Growing along the coasts of Madagascar, Southern Africa, Australia, and Asia, this common bean is used in a wide variety of ways by an array of people groups throughout the world.  Its uses vary from a skin treatment to a food given to teething babies to relieve pain.  However this bean’s most well-known and interesting use is its traditional use in South Africa to induce intense lucid-dreaming states in which a person is able to communicate with the spirit realm.  For its consciousness-altering properties, the meat inside the bean is eaten.

A combination of Supreme Green Blend, Colloidal Minerals and Probiotics to help you get back into living again! Health Re-Boot Pack

The Artemisia Herb or Mugwort can help to dream

The Artemisia herb is called after a Greek Goddess of virginity, Animals, Childbirth, and hunting. We know the herb better as Mugwort or Wormwood. It has many benefits and is often used to treat disorders of the digestive tract. It is also effective against all kind of parasites.In the traditional Chinese Medicine, it is also used for moxibustion heat therapy to stimulate the flow of qi.Native American Women used it to regulate fertility.It is also used for irregular periods and other menstrual problems. But here is a guide to using it for Dreams.

A combination of Supreme Green Blend, Colloidal Minerals and Probiotics to help you get back into living again! Health Re-Boot Pack

A Guide To Using Mugwort For High-Level Lucid Dreams

Lucid dreaming, a term coined by Frederik van Eeden who used the word ‘lucid’ in reference to mental clarity, is a phenomenon in which a dreaming individual becomes aware that what they are experiencing is not physical reality, but a dream. This realization most often occurs when a dreamer notices some sort of shocking or impossible event, such as commune with the deceased, underwater breathing, flight, et cetera. Some individuals will even suddenly realize they are dreaming without any sort of clue. There is also an uncommon scenario in which lucidity within a dream is achieved when one returns to REM (dream) sleep immediately after a brief moment of awakening; the sensation of being awake is carried with your mind back into its dream state.

By definition, a lucid dream requires only that you become aware that you are dreaming, though a level of lucidity can vary greatly. For example, a high-level of lucidity allows one to become aware that every event is occurring within their mind and that they are sleeping safely in bed whereas a low-level of lucidity is perhaps enough to put thought into decisions and maybe make alterations to the environment, but fear of harm and interacting with other beings may persist. Certain herbal substances have been found to intensify the state of REM sleep. This can have a powerful effect on dream frequency and intensity which, in turn, effects the likeliness of a person recognizing when they are dreaming and being able to recall their dreams after waking. Among these substances are the Xhosa Root, Valerian, and most notably, Mugwort.

For thousands of years, Mugwort, also known as artemesia annua, has had its place in medicinal practice, for it is effective in appetite arousal, digestion stimulation, and even stopping profuse bleeding. Roman soldiers would often place Mugwort in their boots before traveling long distances, claiming it kept their feet feeling fresh and vitalized. Also, Mugwort’s pungent aroma is coveted for its therapeutic properties as it is said to promote clear mindedness and even effect subconscious thought patterns. Aside from its practical and aromatic applications during waking consciousness, it is how this historical herb can affect our sleep patterns and dream states that we would like to call attention to.

The active compound in Mugwort is called Thujone which is said to serve as a ‘stepping stone’ to lucid dreaming.
When using Mugwort for dream enhancement, it can be ingested in a number of ways.

Mugwort can also be made into smudging sticks that, when burned, can engulf an area with its powerful aromatic effects. This method is the simplest and the most appropriate form of administration in ceremonial or group scenarios, though be sure to only smudge in areas with good air flow and open ventilation.

Dream pillows, as they are referred to, are a very popular method of using Mugwort. To create one, Mugwort leaves or incense is placed inside of a pouch which is then placed inside of or beneath one’s pillow when sleeping. The Mugwort can be part of a mixture of herbs including but not limited to Anise, Cedar, Jasmine, Lavender, Rosemary, Hops, and Calendula, all of which have their own unique benefits on the sleeping subconscious. Perhaps the most common method of consuming Mugwort is to brew the leaves into a tea.